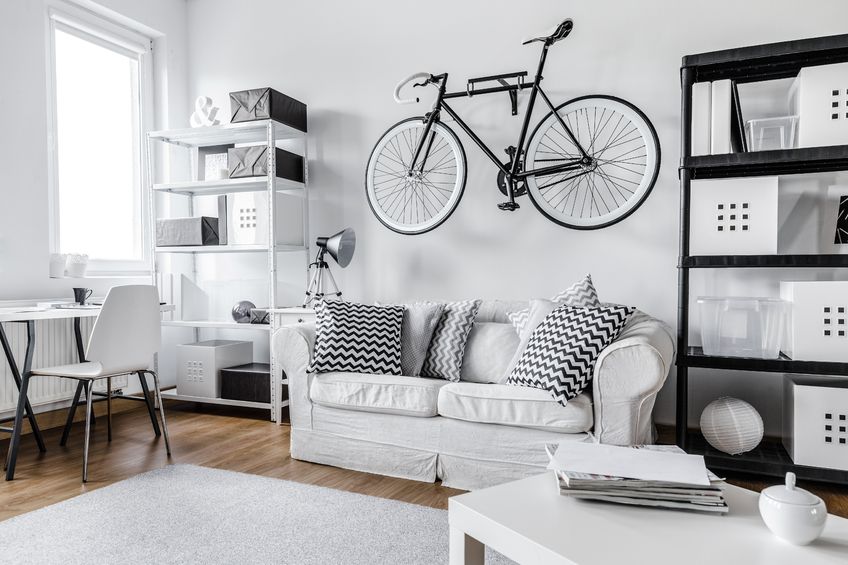 The Difference Between Studios and One-Bedrooms

One bedrooms offer a wall between the bedroom and living area, while studio apartments do not.

One-bedroom apartments are great if you like having separate rooms. While this may sound trivial at first, many people find that having different rooms increases the sense of privacy.

Regular one-bedroom apartments have walls and doors to separate rooms that break-up space. One-bedroom units often include a small kitchen, a full or ½ bathroom, a small bedroom, and a small living area. Again, each of these spaces is obviously split into separate rooms. Thankfully, this extra kitchen space often includes a full oven and refrigerator. This makes cooking for family and friends easy when entertaining.

Who should use one-bedrooms: One-bedroom apartments are great for people who live by themselves or with one other individual. People who live in one-bedroom units often have friends over for small get-togethers. However, large barbeques and family parties are usually out of the question due to limited space. If you have a roommate, the segmented space available in a one-bedroom unit is a great way to keep the private and social aspects of your life separate.

Unlike one-bedroom apartments, studios are a single large living area.

Studio apartments are good for people who don’t mind the open feel of an unsegmented floor plan. Studios offer a wide-open living space that can be broken down into smaller spaces using things like curtains hanging from the ceiling.

Who should use studios: Studio apartments often come with ½ of a bathroom and a mini kitchen. They’re not the best living situation for families with children because of the compact floorplan and lack of a usable cooking area. The smaller space doesn’t allow for large get-togethers. This makes them more appropriate for people who enjoy having casual get-togethers instead of large parties. Finally, the lack of segmented space can be a large change for some people. To increase the sense of having different rooms, try hanging ceiling curtains to separate sleeping, eating, and living spaces.

Which apartment floor plan is right for your lifestyle? If you’re single and on a budget, a studio apartment is a great way to save money while you build a career and life for yourself. On the other hand, individuals with a roommate or significant other may choose a one-bedroom apartment for its sectioned floorplan and added space. Whichever option you lean towards, be sure to consider the cost of rent, utilities, and other costs of living before making a final decision.