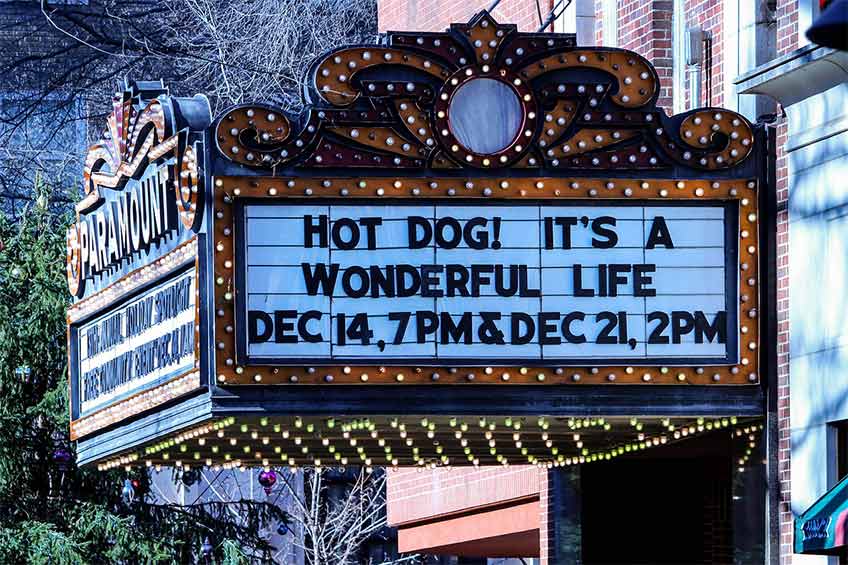 We’ve all spent an afternoon snuggled up on the couch, marathoning our favorite series or binge-watching Netflix. Now that December is here, we have even more of an excuse. To help you get started, we compiled a list of the best holiday-themed movies of all time.

How the Grinch Stole Christmas (2000)

Ron Howard directed this comedy, and Jim Carey plays the Grinch, an angry green monster inspired by a Dr. Seuss story, who makes it his goal to ruin Christmas for the residents of Whoville. Cindy Lou, a clever girl who loves Christmas, complicates his plans. If you’ve never seen this movie, now is the time, especially given the Grinch meme that’s been making its way around social media.

A classic movie directed and produced by Frank Capra, this drama is a staple on any holiday movie list. When a depressed man meets his guardian angel on Christmas Eve, his life changes for the better. We recommend tissues for this one.

Little Kevin McCallister’s parents accidentally leave him behind when they take a trip to Paris. At first, he’s excited about his newfound freedom. However, when two thieves attempt to rob his house, his dreams of unlimited candy and no bedtime come crumbling down.

This animated film will remind you of the holiday excitement of your childhood. Charlie Brown is tasked with directing the big Christmas play and has no idea where to begin. The antics of his friends are sure to warm your heart and remind you to take yourself a little less seriously.

This is arguably one of the most iconic holiday films of all time. Directed by Job Favreau and starring Will Ferrell, the movie follows the life of Buddy, a human raised among Santa’s elves. When Buddy decides to search for his birth father, he finds himself lost in a world completely unfamiliar to him and overwhelmed in the crowded streets of New York.

We hope you’ve enjoyed this list of the best holiday movies. There’s no better time than December to curl up with a cup of hot chocolate and plate of sugar cookies to watch these classics. Happy Holidays!

Located in Waldorf, MD, Adams Crossing offers affordable luxury apartments ranging from two to three bedrooms. Haven’t taken a tour of Adam’s Crossing yet? Schedule a tour with one of our marketing professionals to see why we’re a 2017 Top Rated apartment community through ApartmentRatings!