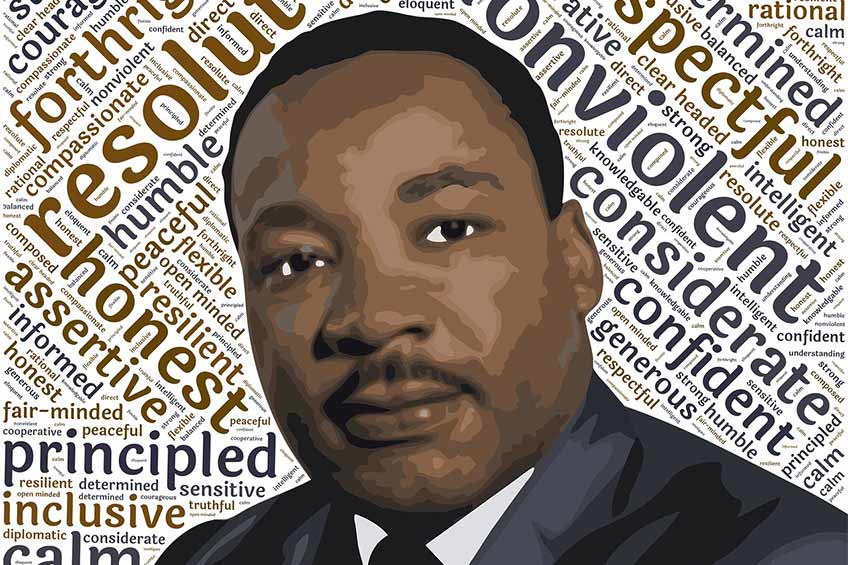 Observed on the third Monday of January every year, Martin Luther King Jr., Day is much more than a holiday. Did you know it was a struggle for MLK Day to even become a federal holiday? As one of our nation’s greatest activists and inspirations, Martin Luther King, Jr. was a beacon in a time of darkness. His kindness and advocacy helped create the world we live in today. As a proponent of change, Martin Luther King, Jr. fought for equality and freedom from oppression.

While many believe the fight for equality is not over yet, Martin Luther King Jr.’s “I Have a Dream” speech was a massive game changer in the Civil Rights Movement. Furthermore, it remains one of the most well-known speeches in all of history. Rather than treating MLK Day like any other bank holiday, consider taking the time to honor MLK and his sacrifice for the people.

Perhaps one of the best ways to honor MLK is to educate yourself. Learn more about the Civil Rights Movement and how heroes like Rosa Parks, the Little Rock Nine, and A. Philip Randolph made a difference. Find issues that you are passionate about. Do you care about racial equality, social injustice, or immigration? Learn more about the topic you have interest in; don’t just take an uneducated stance without getting the facts first. Research both sides and figure out where you stand. Even if you aren’t into politics, being knowledgeable about current events is important. Martin Luther King, Jr. cared about important issues and fought for what he thought was right.

As a way of honoring MLK day, why not spread kindness? Paying it forward is the idea that when someone displays kindness toward you, you return it toward another person, further spreading the kindness extended to you. Even if you haven’t experienced a moment like that, being kind to a stranger or smiling at someone can brighten their mood or encourage them. How we interact with others, believe it or not, can have a bigger effect than we maybe even realize.

While it is important to learn more about our history and the status of our current political climate, getting involved is perhaps the best way to honor MLK. Can you imagine what life would look like if Martin Luther King, Jr. just sat on the sidelines? What if he never got involved with the Civil Rights Movement and the “I Have a Dream Speech” were just words on a paper that were never spoken? Sometimes involving yourself in an important issue or organization is intimidating. It can be scary to try new things, to break out of your comfort zone, or to rattle some cages. But if you are truly passionate about a topic and actually want to make a change, you’ll never be successful if you don’t try. Take the first step and get involve yourself today.

Located in Waldorf, MD, Adams Crossing offers affordable luxury apartments ranging from two to three bedrooms. Schedule a tour with one of our marketing professionals to see why we’re a 2017 Top Rated apartment community through ApartmentRatings!