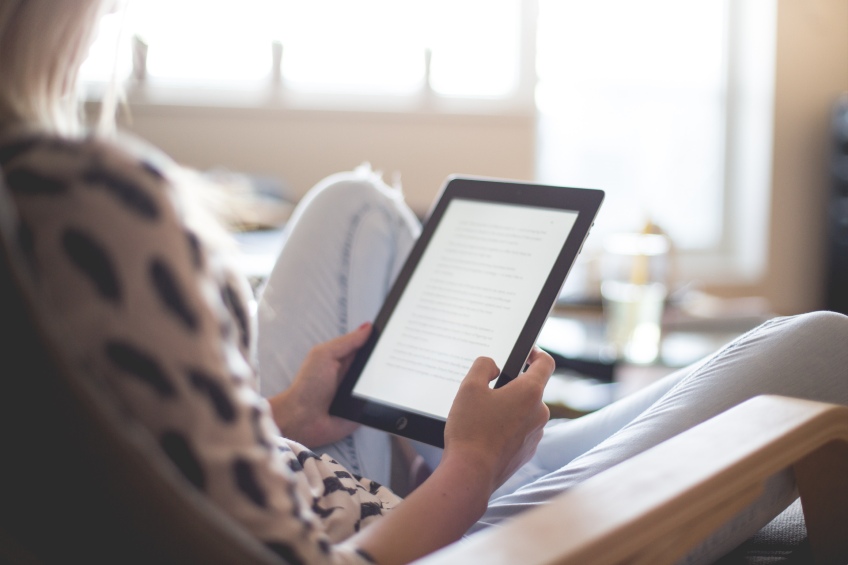 Many people have a goal to read more books. However, it can seem hard to achieve! Once you’re done with your day, turning on the TV is sometimes more appealing than reading a book. So how can you get yourself to read more? A simple trick is to read a book that has been converted into a movie or a show. Make yourself read the book first, and once you finish, reward yourself by watching the movie or show! April 23rd is World Book Day, so there’s no better time to start reading more. Check out these shows and movies based on books.

Movies Based on Books

Hidden Figures by Margot Lee Shetterly tells the story of Katherine Johnson, Dorothy Vaughan, Christine Darden, and Mary Jackson, the black female mathematicians whose calculations helped drive success in the early years of the U.S. Space Program. Follow along to see the challenges they faced while simultaneously utilizing their exceptional talent to contribute to one of NASA’s greatest successes.

It’s hard to think of a world without Facebook. In Ben Mezrich’s book, The Accidental Billionaires, you’ll get a glimpse into the creation of Facebook and the minds behind it. In 2010, The Social Network was released, a movie based on Mezrich’s book. Like many movies and shows, some scenes are slightly different from the book. However, you’ll enjoy noticing the slight difference between the book and the movie while learning about Mark Zuckerburg and the creation of the conglomerate that is Facebook.

You may have heard of the movie Crazy Rich Asians, but did you know it’s based on the 2013 novel by Kevin Kwan? In the novel, Rachel plans to spend a summer in Singapore with her boyfriend Nicholas. However, she doesn’t realize that his family is super-rich, living a life of unimaginable luxury. Nicholas’ mother, along with the rest of the wealthy society, has a few thoughts on his new girlfriend. This rom-com is fun and fabulous. You’ll want to read the novel and, of course, watch the movie!

Shows Based on Books

The Handmaid’s Tale gained roaring popularity on Hulu. This show is actually based on the 1985 dystopian novel by Margaret Atwood. In the novel, women are no longer allowed to read, and their freedom is completely diminished. Due to the low reproduction rate, handmaids, the only few women who can conceive, become enslaved to couples of the elite. They are taken away from the lives they once knew to bear children for the upper class. You won’t be able to put down the book or stop watching the show!

The Netflix hit The Witcher is based on a series of books by Polish author Andrzej Sapkowski. Each season of the show is based on a different book. For instance, season 2 is based on The Last Wish. Follow along as Geralt of Rivia uses his monster-slaying powers to travel the world and kill evil monsters and characters that wreak havoc in different towns.

Big Little Lies is a 2014 novel by Liane Moriarty. This mysterious thriller will leave you turning pages until the end. A group of moms from a local private school all cross paths. Madeline confidently runs those around her, Celeste is strikingly beautiful, and Jane is a young mother new to town. While all seemingly different, they find themselves at the center of a murder. A novel full of gossip, lies, and family problems, you’ll fly through this one. Once you’re finished, you’ll want to watch the HBO Max show. This show has two seasons, starring big names like Reese Witherspoon, Meryl Streep, Nicole Kidman, and Shailene Woodley.

On World Book Day, make it a goal to read! Get yourself to read more by reading one of these novels and rewarding yourself with a little TV time upon completion. Many more shows and movies are based on books, so do some research and find your next book.

Adams Crossing provides residents with the top affordable luxury apartments in Waldorf. We love offering fun and useful information to our residents, helping them enjoy all that apartment living in Charles County has to offer. Schedule a tour with one of our marketing professionals to see why we’re a 2020 Top Rated apartment community through ApartmentRatings!

Where to Get Burgers Near Waldorf

How to Be a Responsible Dog Owner